What Is A Cologne That Turns Her On?

I think we’re all aware here how different the female mind works compared to us men and the effectiveness of perfect scent on a man is another case to back up that theory.

The scent of a man is so powerful to females that it can be the reason she simply can’t get enough of you and never want to leave your side. The next question to ask yourself is “what is a cologne that turns her on?”

As crazy as that sounds to us simple minded fools, all of these theories are related to social, and evolutionary psychology (more on this later) so why not use this knowledge and give females around the world the perfect scent they’ve been looking for to turn them on.

Now, I’ll be honest this was a theory I could not get behind at first. I thought all that needed that be done was take a shower and brush your teeth daily and you’re as good as gold. But recently I’ve been bombarded with testimonials and referrals to this product called Creed Aventus.

Now either this was the most prominent marketing ploy in the history of humankind that over 100+ people we’re highly recommending this product all over the internet or it’s just that damn good.

Regardless, there was no way I was looking to buy this product due to the expensive price tag that came along with it, but after stumbling across a few videos here, I was starting to reconsider …

As you can see in this video here by one of the top PUA’s in the world named SquattinCassanova, a girl he approached that night was commenting on how he smelt right away after putting on sprays of Creed Aventus.

Now if that wasn’t enough to get your attention then take a look at this lady give the most compelling description of how Creed Aventus makes her feel that us men would never be able to understand:

I was sold right then and there from these two videos and bought the product right off Perfume Emporium immediately.

Is This The Best Cologne To Get Laid With?

It’s a bold statement that I’m not completely willing to back up quite yet, but I’ll share my first night out wearing Creed Aventus. I used to work at a nightclub as a promoter, so I was surrounded by woman constantly that could give a fair assessment of whether the cologne was worth it or not.

No, I did not go and ask every single girl whether I smelt tremendous or not but I made sure to lean in more closely than usual to see if any reactions followed.

To my surprise, almost all the ladies commented on how good I smelt tonight which completed shocked me!

Reason being a man when you smell Creed Aventus yourself, it honestly comes off like nothing special, but to a woman, it’s the greatest smell they’ve ever come across.

Funny enough the girl working door that night couldn’t get away from me and lead to a good 2-minute hug that was a bit weird, but it’ll take it.

I was also aquatinted to one of the new girls helping out with the door who commented on how good I smelt that sparked some more conversation throughout the night.

The banter between the two of us then expanded into the next week where I gave her a ride home after the club night was finished.

What happened after? Well, a gentleman never tells ;).

QUICK SIDE NOTE: Please be aware of fake Creed Aventus products going on the internet! Due to the high quality and price of this product, there are many vendors out in the world trying to sell cheaper versions of the cologne to make a quick dollar.

If you’re serious about purchasing the product then please click over to a certified vendor we’re providing in this article or do the due diligence yourself in making sure you’re buying from a reputable source.

What else are the best colognes to attract females in 2018?

There are several types of superior colognes to attract females available out on the market. You can choose specific brands that evoke the senses, and most companies use specific branding techniques to achieve their goals.

In most cases, the product is often marketed to appeal to the wearer, rather than to their social peers.

There are several purposes for using the best colognes. One of the main ones being that it’s a form of social value with the other individuals that you interact with.

Most of the times, the perfume appeals most to your potential partner. For men looking to signal their intent for a lady, using cologne is a good suggestion.

Using only the best colognes to attract females is an excellent form of social value, especially on a new acquaintance. Scent appeals to various pleasure organs in the brain and people will often associate this feeling to the wearer.

The following article will be reviewing the role of fragrance in the brain. It will also be showing how brands such as the Premium Creed Aventus Cologne are designed to appeal to the opposite sex to optimize your chances of getting laid.

Women are more sensual than men

Various biological factors distinguish women from men. One of the main ones being that the woman smell center in the brain, contains as many as 43% more cells than men.

Otherwise referred to as the Olfactory center, this organ is responsible for controlling scent detection in the brain.

Various biological theories have been developed in support of this fact, including kin recognition, reproductive health, and compatibility.

All of these theories are related to social and evolutionary psychology.

Similar to other animals such as plants, humans also use scents as a form of social value.

In fact, this can be select signals of intent, health indicators, and genetic variations.

Both women and men have evolved from different social and biological instincts. As a result, the value signals for a man and woman are quite mixed.

Regardless of the style, it’s important always to consider the variations that exist in between men and women.

Given this, we can determine that the fragrances are often developed to suit the needs of the wearer.

This is why the consumer market is packed with more feminine products. Some of them including floral, fruity and softer fragrances. On the contrary, men’s scent preferences tend to be different with most of them preferring woody and smoky scents.

For this reason, if you want a cologne that appeals to ladies, you should consider the relevant fragrances for the best results. With that being said, most men don’t prefer the feminine colognes. But these scents should present in your cologne.

This is used as a regulation technique to ensure that the product appeal to the senses of both individuals.

An excellent example would be the Creed Aventus Cologne. Discover the excellence of this perfume that attracts females that have been developed for men and to also appeal to the feminine side of women.

Scent is an excellent social influencer

The human is a complex organ that processes lots of information. In particular, the limbic system is a collection of several regions of the brain which work to produce emotions, libido and survival techniques.

The scent is essential since the Olfactory Organ is one of the leading aspect of this region in the brain.

Additionally, the nose is also intimately connected to the brain and with other aspects that are influenced by the limbic system.

For this reason, this why you salivate when you see our favorite meal or why roses are an excellent aphrodisiac.

In particular, these substances often have a notable scent which triggers various sections of the limbic system, which leads to different sensations and emotions.

This particular system is always active in several ways and it the entire process of regulated unconsciously.

As a result, we are never aware of how the entire procedure works.

The benefit of using a good cologne

Cologne is a scent that is designed to interact with various emotions and senses of the opposite sex. In fact, History has it the French were aware of using the colognes as a social indicator to women.

Based on this, women were banned from using perfumes to attract men since it was so useful.

We are aware that this was not witchcraft, but the interaction of the limbic system, which plays a vital role in emotions. However, this does not mean that perfume surpasses our free will. Instead, it is a high-value signal for the opposite sex.

In fact, research has shown that scent plays an essential role in the first impressions that you make on people.

Choosing a good cologne that has a masculine set, but also evokes the senses and emotions are the key components of a pleasant scent.

Appealing to emotions through colognes

In looking back at the Creed Aventus Fragrance, this premium cologne could be the best cologne to get you laid as it has a masculine scent though it has been designed to appeal to women.

In fact, the Creed Aventus was developed by individuals who can distinguish emotions and sensations in an informed manner. The scent was not only developed to appeal to men, but to women as well.

In fact, the Creed Line of products has been in production for several years. The scent of the Creed product is very different from the familiar scents available out there today. An expert cologne user can identify the notable scent of this perfume instantly.

In particular, the scent features a masculine scent when first used. However, the wearer soon realizes that it has a more sophisticated scent and feminine perspective to it.

This cologne that attracts females of various types of scents including oakmoss and patchouli which are masculine. The feminine scents include the rose and Jasmine scent, which are also appealing.

This makes up for a cocktail of appealing scents that will attract any cologne user.

So, are you ready?

To get started with a cologne that turns her on grab it here from a certified vendor of Aventus Creed. 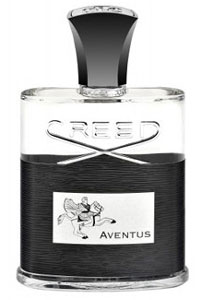 Creed Aventus a bit on the expensive side for your budget? No problem, we’ve created a list four wonderful colognes that are a great alternative to Creed Aventus and provides you with the same attractive smell.

We're not around right now. But you can send us an email and we'll get back to you, asap.